FREE SHIPPING AUSTRALIA WIDE ON ALL ORDERS OVER $200.

How the French Vintners Fought to Save their Wine in WW2 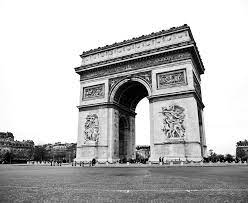 For the French, this meant saving their wine.

After war was declared on the 3rd September 1939, vintners and wine collectors across France began to make preparations. They knew what to expect; they had, after all, been through this less than thirty years before. Although the government was confident that the defences of the Maginot Line would keep the Germans out of France, the general view was that it was better to be prepared than to be looted.

Many used the labyrinthine nature of their wine cellars to their advantage; by walling off a section, they could securely hide their best vintages away out of sight. Collecting spiders and setting them in front of the new wall to spin their webs there, ensured that it wouldn’t be noticed as recent construction. One champagne house owner plastered a statue of the Virgin Mary into the wall hiding her prized bottles, hoping for a little divine protection.

Those with a reputation for the extent of their collections, however, could not hide everything. The famous Parisian restaurant La Tour d ’Argent boasted a cellar of over 100,000 bottles; after the Germans broke through the Maginot Line, the restaurant’s staff simply didn’t have time to hide it all. Instead, they had to select 20,000 of the absolute best to hide.

A month later, an emissary from Field Marshal Hermann Göring demanded to see the famous cellars – and especially the bottles from 1867, the owner’s pride and joy. Regretfully, the manager informed the emissary, the 1867s had all been drunk. The Germans inspected the entire cellar. They didn’t find the 1867s behind the wall – but they seized all 80,000 of the bottles left in view.

Looting was only rife for the first couple of months – the Nazi authorities quickly established controls to ensure that the best wine would make its way to their leaders, not the common soldiery. Export was strictly controlled, and the Third Reich demanded the lion’s share of all the wine produced. Even so, the vintners fought back in subtle ways. They kept their best wines, and sent inferior blends to the Germans, often labelled to imply they were better. This was risky; several champagne producers found themselves thrown in jail as a result.

Dusty collaborations to save wine. 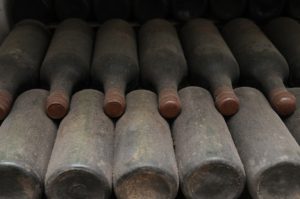 In Paris, an unlikely collaboration between restaurateurs and carpet cleaners helped in such intrigue. The carpet cleaners would save the dust from the rugs they cleaned and deliver it in secret to the restaurants. There, it would be liberally sprinkled over bottles of young and inexpensive wine, to make them look like well-aged and desirable vintages.

Vintners of the Resistance.

As the war went on, more and more vintners turned to the Resistance, often driven by petty acts by the German officers in their area. In at least one instance, a German officer requisitioning wine for industrial alcohol poured a glass of heating oil into each barrel, making it unfit for consumption to ensure delivery. The oil contaminated the prized aged casks – and swung the winegrowers of the area into active resistance against their occupiers, risking not only jail but execution.

As well as disguising inferior blends as the top-quality produce requested by the Germans, vintners of the Resistance would tap into shipments in transit, siphoning the wine out of the barrels and replacing it with water. Wine barrels were used to smuggle Resistance operatives in and out of the Occupied Zone, whilst cellars held stores of Resistance weaponry.

Orders placed by the Germans could be very revealing, something the Resistance discovered early in the war. A large order was placed for wine to be shipped to Romania in 1940 – where only a small German mission was supposed to be at the time. A few days later, Romania was invaded by the German army. Thus, when a large order was made in 1941, with a request for it to be specially packed for “a very hot country”, it gave clues about Rommel’s Egyptian campaign, which was relayed to British intelligence.

Even when the tide turned against the Germans, and the Allies swept into Europe, wine was a consideration at the very top levels. When troops advanced up the Rhône, General Lucien de Monsabert ensured that his own French troops advanced along the western side, where the best vineyards lay, whilst the American forces were kept on the other side to ensure that the prized vines were not victims of collateral damage.

And when troops reached Berchtesgaden, where Adolf Hitler’s Berghof was located and where vast stores of looted treasure was stored, French troops raced the Americans to find the wine cellar. There, a 23-year-old sergeant from the Champagne region was the first Allied soldier to squeeze through an armoured door to find half a million bottles of the finest wines conceivable – including hundreds of cases of 1928 Salon champagne, which he had himself seen the Germans taking five years earlier.

Whilst today such a threat to your wine collection is unlikely, the question is still an intriguing one – what would you do to protect your wine cellar?